The team at Saint Clair Family Estate are shipping the final stocks of the 2012 vintage Sauvignon Blanc to export markets. The 2012 vintage displayed excellence in wine quality with both gold medal and trophy awards. 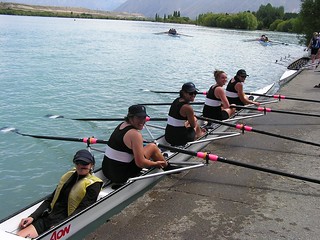 Saint Clair Cellar Hand and hockey star Gemma Cording, helped her local team win the club competition and bring home the champions trophy in a recent nail biting final. The opposition just could not get the ball through due to Gemma’s skills in defence. Recently she also competed in the nationals and her team finished in fourth position.

Saint Clair Export Manager and rowing master Sarah Lissaman crewed in the winning 40-49 year old age group in the South Island Championship women’s doubles. She was also in the fastest women’s quad team and won gold in the mixed doubles category. These results contributed to the club’s success, which took out the prize for the most wins of all the clubs at the South Island Masters’ Regatta.

Winemaker Heather Stewart is the resident yachting achiever, regularly racing with Waikawa Boating Club. Heather was part of a crew of six that competed in the final race for the Winter Series racing to Furneaux Lodge. The race was chaotic and wild with very strong winds and rain. The activity is rather social although competitiveness rises with prizes such as rum up for grabs.

Chief Financial Officer Nikki de Reeper and Accounts Assistant Tracey Gilmore are regular gym attendees. After rotating between the gym and the pool they are now as strong as bulls and swim like fish.

Saint Clair Family Estate is a family owned winery and prides itself on its quality wine and quality people. These sporting ventures are only some of the many achievements among the team. Well done to the team who are committed to quality and on-going success both in the bottle and in the sporting arena. 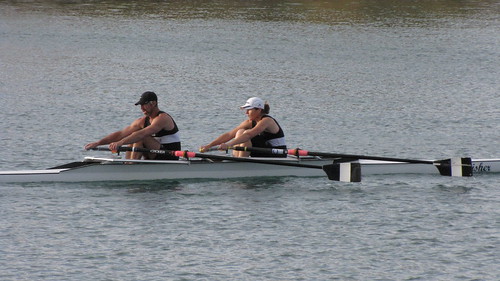 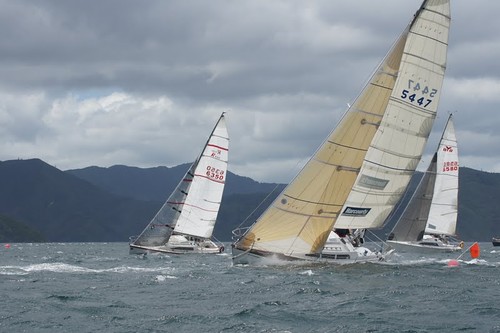